On March 15th I went to a tasting organized by Sapporo at the Hankyu International Hotel of Osaka. I was there particularly for the seminar by Juan Munoz Oca of Columbia Crest about the different uses of oak in wine and the different resulting flavour profiles. 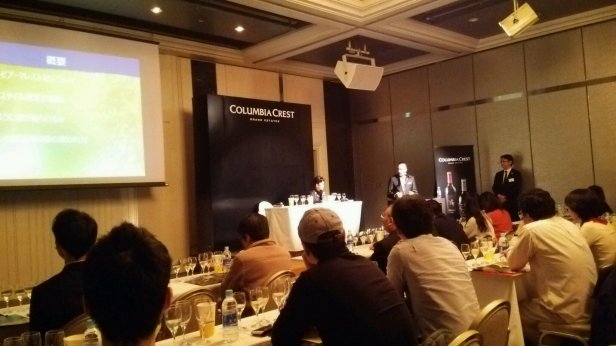 It has been a very interesting seminar, quite unique: I had the chance to taste four wine made from exactly the same grape (Chardonnay), all four of them 100% MLF, but fermented in different containers, stainless steel, French oak, American Oak and 2-3 years old oak.

The difference was very clear: American oak flavour is much more towards toasted coconut, vanilla, burnt sugar, while French oak is more delicate, with more cinnamon, white flowers, spice and a lighter vanilla tone. The neutral oak differed from the unoaked sample especially in the texture (smoother and richer) while the aromas were less bright, but not really “oaky”.

Of course there are many reason why wines fermented or aged in different barrels may taste different: the size of the container, its age, the age of the tree from which it was made, the degree of toasting, the type of oak. Even the way the staves are bend (by using fire, steam or hot water) has an impact.

But why a French oak would be different from and American oak? The fact is that American oak (Quercus Alba) grows faster than French oak (be it Quercus Robur or Quercus Petraea) and this means that its grains are larger. When used to make barrel larger grained wood will imply an higher oxygen transfer rate to the liquid it contains, resulting in different flavours compared to tighter grained French oak.

After the seminar I joined the Sapporo wine tasting on the same floor. 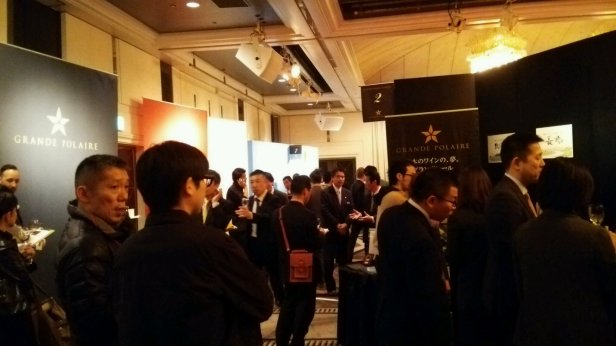 Between the others I could taste the 2014 Grande Polaire Pinot Noir from Yoichi, Hokkaido and I must say I finally remained impressed by a Japanese red wine. Compared to the rest of Japan, Hokkaido has a relatively low humidity, an average annual temperature of 8.1℃ and virtually no tsuyu (the rainy season between June and July). Typhoons may struck the island, but being far to the north their strength is often moderate, as they unleash their power before arriving there. The biggest problem may be in finding sufficiently exposed spots because much of it is flat and the cold temperatures require careful screening of the mesoclimate. The present vintage is made with the fruit from a contractor grower, Hirotsu Vineyard, managed by the Hirotsu family. My note on cellartracker:

Actually this is a surprisingly good wine, the best Japanese red I have had so far and worth its 4,000 yen (around 40 dollars).

Pinot Noir 100% from Hokkaido, aged for 12 months in oak (50%). Style is clearly New World, with bright fruit, crushed red berries and vanilla from the oak. Intense both on the nose and in the mouth, it also shows soft tannins and solid body, but it does not lack acidity (after all Hokkaido is not really a warm place).

It is the first time I find such concentration in a Japanese wine (the same applies to the Merlot from the same producer, though Pinot Noir is slightly more balanced). Finally something I can really recommend.

The merlot from the same series, this one from Azuminoikeda vineyard in Yamanashi, was equally good, although slightly less balanced. On the other hand the Sauvignon Blanc did not seemed to justify its price.

Stocks are low, especially for the Pinot Noir, but if you have the chance this is one that should be tried.